My friend Richard called from Australia. Richard is a futurologist (no, really, he is). He publishes the very groovy What’s Next, which watches trends, and has a column in Fast Company Magazine. Anyway, presumably because he’s a trend watcher, he asked me: “so what’s going on in Britain then?” and I was basically stumped. “Er. Michael Howard Hypnotist Shylock thing. Gordon Brown. No. John Reid. Oh I know… er… no. I forgot.” So I’ve been thinking about it since then. What is going on in Britain? If you were asked by a foreigner what was going on here right now, what would you say? 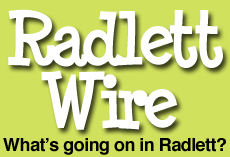